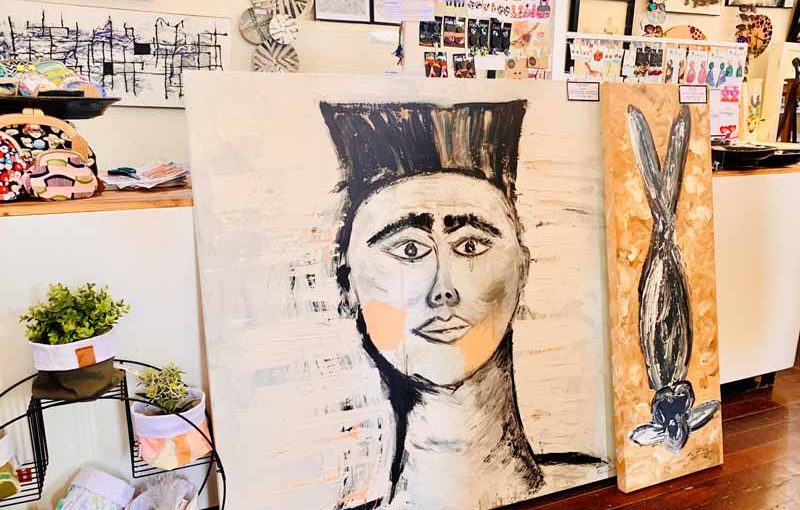 An awesome 122 x 122cm modern painting that was inspired by chance after flicking through a magazine. There was no reference to a warrior,  rather a model who was unusually striking with an 80s style haircut. The strange thing was I was unable to determine if the subject was a man or a woman. Hence the idea for a painting whereby the face had both the qualities of a man and woman.

So the sketch began with a strong use of black and grey paint establishing some outlines. I wanted this painting to have some depth, to be able to add a striking element whereby the viewer kept staring into the subjects eyes to determine their true gender. I added a hint of pale blue and apricot to help soften the painting to ensure there was enough femininity together with the strong masculine lines thus continuing with the unisex theme.

However as the painting transitioned in time so too did the concept as a young Warrior started to develop.  Therefore I followed my instincts and let the paintbrush do the talking/creating. The strength of the nomad became reality in front of me overpowering the original intention. That’s the beauty with abstract modern art, you never know where it will take you.

Take Me To The Painting